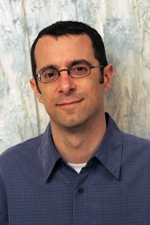 The USDOT hosted a free webinar to provide an update on the Accessible Transportation Technologies Research Initiative (ATTRI) and the DRRP on Robotics and Automation for Inclusive Transportation, funded by the National Institute on Disability, Independent Living and Rehabilitation Research (NIDILRR) and led by Carnegie Mellon University (CMU).

The webinar allowed interested stakeholders to learn about some of the progress being made by ATTRI, and more specifically, hear directly from CMU about the successes and challenges of enabling robots and cloud-based autonomy to provide assistance to people in transportation hubs. Part of this effort is funded by the Traffic21 Institute.

The first speaker was Mohammed Yousuf, the program manager for the ATTRI at the DOT. He emphasized the different layers and challenges faced by individuals with disabilities and transportation. He identified a deliberate approach is to understand the user needs first. The USDOT has used previous workshops to determine the key applications and building blocks of ATTRI including robotics and automation. The DRRP project is part of the Robotics and Automation building block within the ATTRI program.

The second speaker on the Webinar was Ken Wood, Program Specialist and Manager of NIDILRR, an agency that focuses heavily on technology and research of people with disabilities. NIDILRR supports the ATTRI program in several ways including the grant in Robotics and Automation. The primary site for the research is at CMU and some of the work is being done at the University of Washington.

Through a cooperative agreement with NIDILRR, CMU is researching and developing seamless transportation assistance from cloud-based autonomy and shared robots located in and around transportation hubs in partnership with key industry, government, and consumer stakeholders. Some stakeholders include: the City of Pittsburgh, Port Authority of Allegheny, TARDEC and ARL, ACHIEVA, BVRS, Tiramisu Transit, and Sphero.

Aaron Seinfeld, Associate Research Professor at CMU and an expert in accessible transportation and human-robot interaction was on the webinar to present a talk titled, “Transportation Hub Assistance and Assistive Robots for Blind Travelers.”

The research included areas such as recognizing travel routines, identifying opportunities for forward assistance, characterizing the pedestrian environment, and transportation hub assistance. The current plan for deployment will be cloud-based autonomy using AI with shared helper robots that live in the building.

For example, a shared robot in a transportation hub could help a person who is blind get from point A to point B within a transit hub, then go help someone who does not speak the local language. This universal design approach will lead to a higher rate of utilization of the shared robot, thereby increasing value and minimizing cost.

The team is aiming to publicly deploy technologies in Pittsburgh within 5 years. CMU is working with the City of Pittsburgh and Port Authority of Allegheny to find a good location for deployment.

Expected impacts include open source software useful for a wide range of transportation applications, new ways of detecting and tracking routine behaviors, new knowledge on how technology should provide real-time assistance in transportation hubs, and ultimately a greater independence when moving through transportation hubs for everyone – especially people with disabilities.