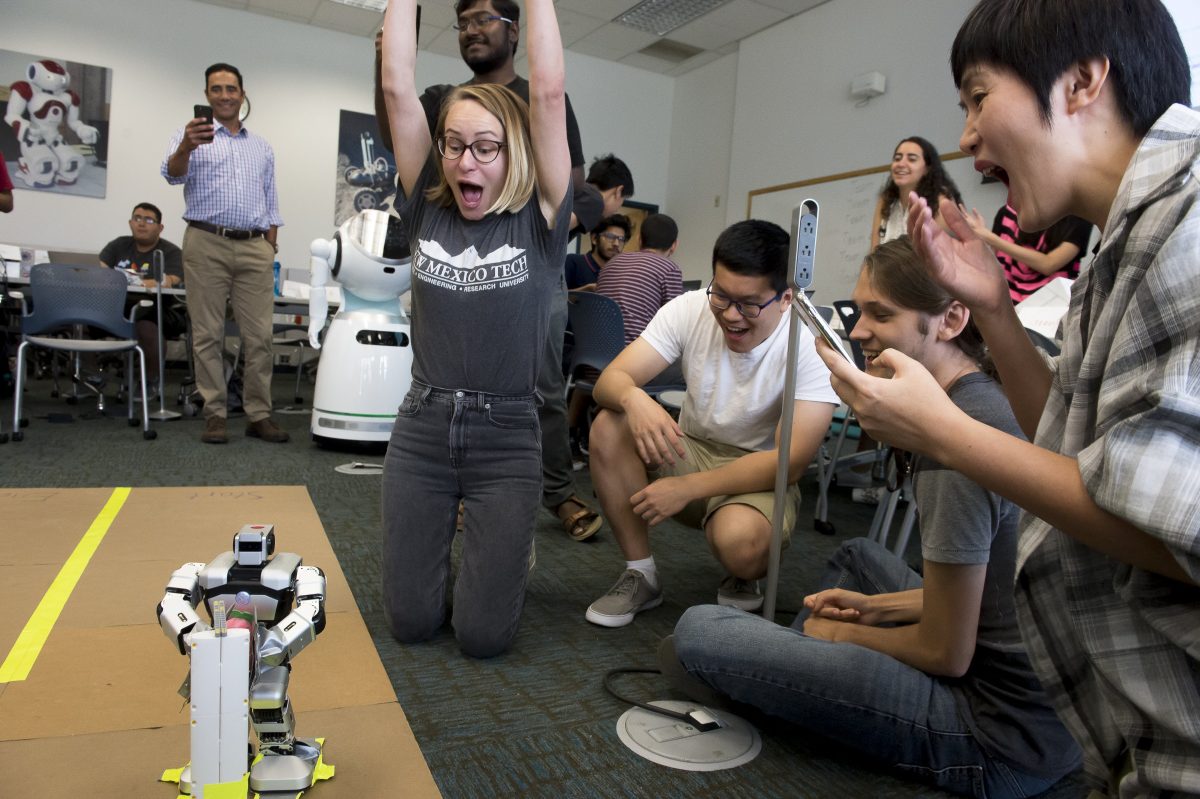 In June, Mobility21 welcomed Tessa Guengerich as part of this year’s  CMU Robotics Institute Summer Scholars (RISS) program. Currently an undergraduate student at the New Mexico Institute of Mining and Technology, she arrived in Pittsburgh hoping to learn more about machine learning and programming and learn more about the implementation of robots outside of academia. Tessa said she was excited to learn about things she wasn’t exposed to before (computational statistics and machine learning) and was also excited to be surrounded by other students from around the world.

Six weeks later, Tessa provided this update on her experience:

On my project with Isaac [Isukapati, Project Scientist, at CMU’s NREC: National Robotics Engineering Center], I’m learning a lot about computational statistics and algorithms, and I’m coding in C++ for the first time. I’ve faced a bit of a learning curve, but it’s a challenge I’ve been able to face thus far. The overall project is to write a scheduling program for robotic arms performing specific tasks — for example, given X robotic arms and Y objects, what’s the best course of action for the robotic arms to move those objects safely and efficiently? My contribution to the project is to write a statistical simulator to test the performance of the scheduler with a specific set of parameters, to see where the scheduler performs well and where it fails. 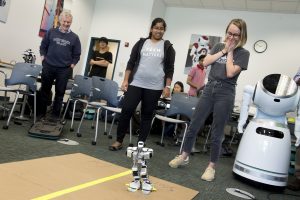 Participating in RISS has also exposed me to other areas in robotics I’ve never seen before, like the DJI and UBTECH workshops. During the DJI workshop we had to set up the software development kit for a small drone, and then use that SDK to program the drone for a race of sorts. First of all–I’ve never worked with drones or been forced to think about their specific challenges, so working with my team to think about wind and tuning parameters was surprisingly fun to me. Second, I found it fun to work with four students from such different backgrounds to complete the challenge. Two of the students had experience with drones and were able to take the lead, helping and teaching along the way. It was new for me to be in the situation of getting help from a peer on a common goal (and not for individual assignments or school group projects, where most students have similar sets of skills.) 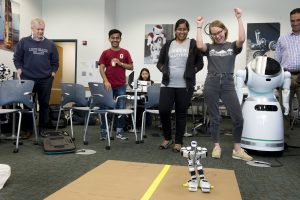 For the UBTECH workshop, we were again placed in teams and tasked with programming a humanoid robot to complete a task of “rescuing” stuffed animals and placing them in “safe” zones. The challenge was two-fold. First, we were expected to connect to the humanoid robot via bluetooth and control it with a gaming controller. Then we needed to connect specific buttons on the controller to specific movements in the robot, and test that functionality. My contribution ended up being to set up the software development kit for the gaming controller to connect via bluetooth (which I had learned a lot about in the DJI workshop). I also helped my teammates to fine-tune the movements of the robot for walking to and grasping the animal. Again, all of this was pretty far out of my comfort zone, but I had a great team that managed to balance each other’s skill set. 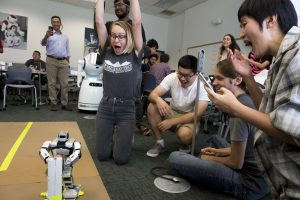 We’ve also had the privilege of hearing and seeing a lot of presentations from different faculty members at CMU about their research. That has also been an eye-opening experience. As a Chemical Engineering student, most of the talks were outside of my traditional curriculum, but that’s exactly what I’ve enjoyed most about RISS — learning about research I wouldn’t have been exposed to otherwise, and trying my hand at tasks that initially intimidated me.

Carnegie Mellon’s RISS Program is an eleven-week summer (June 1 to mid-August) undergraduate research program that immerses a diverse cohort of scholars in cutting-edge robotics projects that drive innovation and have real-world impact. Launched in 2006, RISS is among the best and most comprehensive robotics research programs for undergraduates in the world.