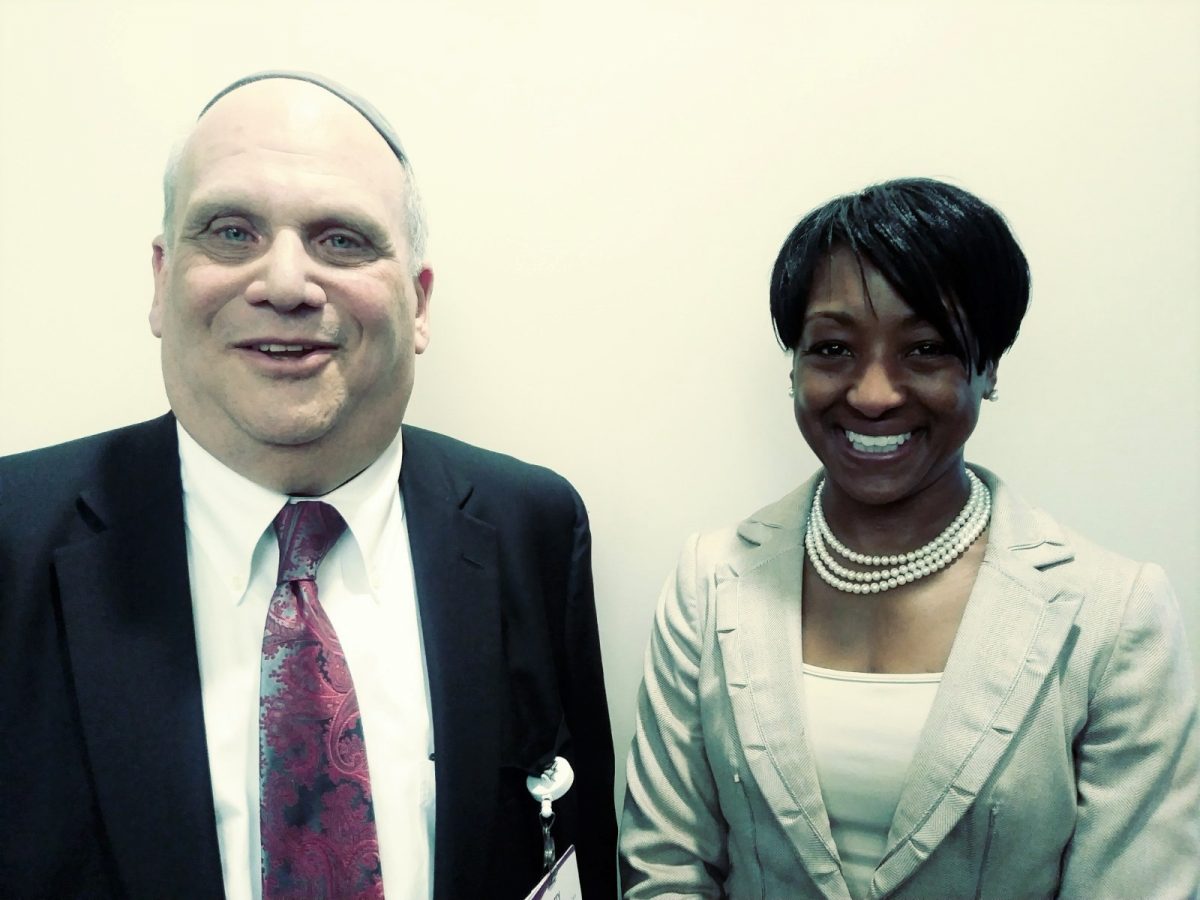 Angela Blanton, CMU Vice President for Finance and Chief Financial Officer and Lisa Kay Schweyer, Mobility21 UTC Program Manager were in attendance to help celebrate the extension of the local eruv to now include Oakland. When the original Pittsburgh Jewish community’s eruv was constructed, circa mid-1970’s, it primarily encompassed parts of the Squirrel Hill community. By the mid-1990’s and early 2000’s the eruv was expanded to include larger sections of Squirrel Hill and sections of Point Breeze, Greenfield, and Regent Square. UPMC, the University of Pittsburgh, Carnegie Mellon University and Carlow University assisted with the extension of the Squirrel Hill eruv to Shadyside and the Oakland neighborhoods, which includes hospitals and universities, allowing greater mobility on Sabbath and Yom Kippur for Jewish communities, especially the Orthodox Jewish communities. Mobility21 Executive Director Stan Caldwell was an active member of the planning committee for this eruv extension.