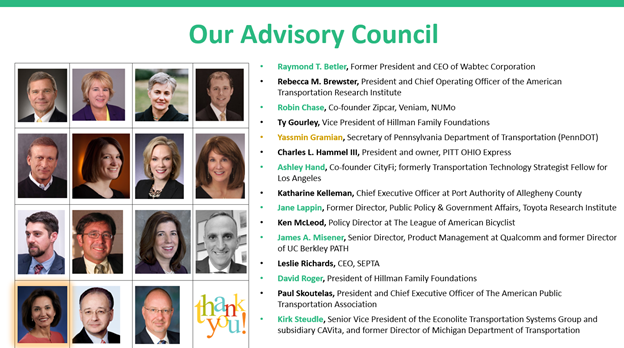 Mobility21 UTC Director, Raj Rajkumar welcomed the group and provided an overview of update of activities and plans at the centers.

The remaining time was spent by the Advisory Council members leading “dinner table” conversations for the entire group on (leader/topic):

The next annual meeting of the Advisory Council will be in November 2021.

The Mobility21 team is a tight collaboration among Carnegie Mellon University (Lead), the University of Pennsylvania, the Ohio State University and the Community College of Allegheny County, and brings to bear the reach and scale of all four institutions.